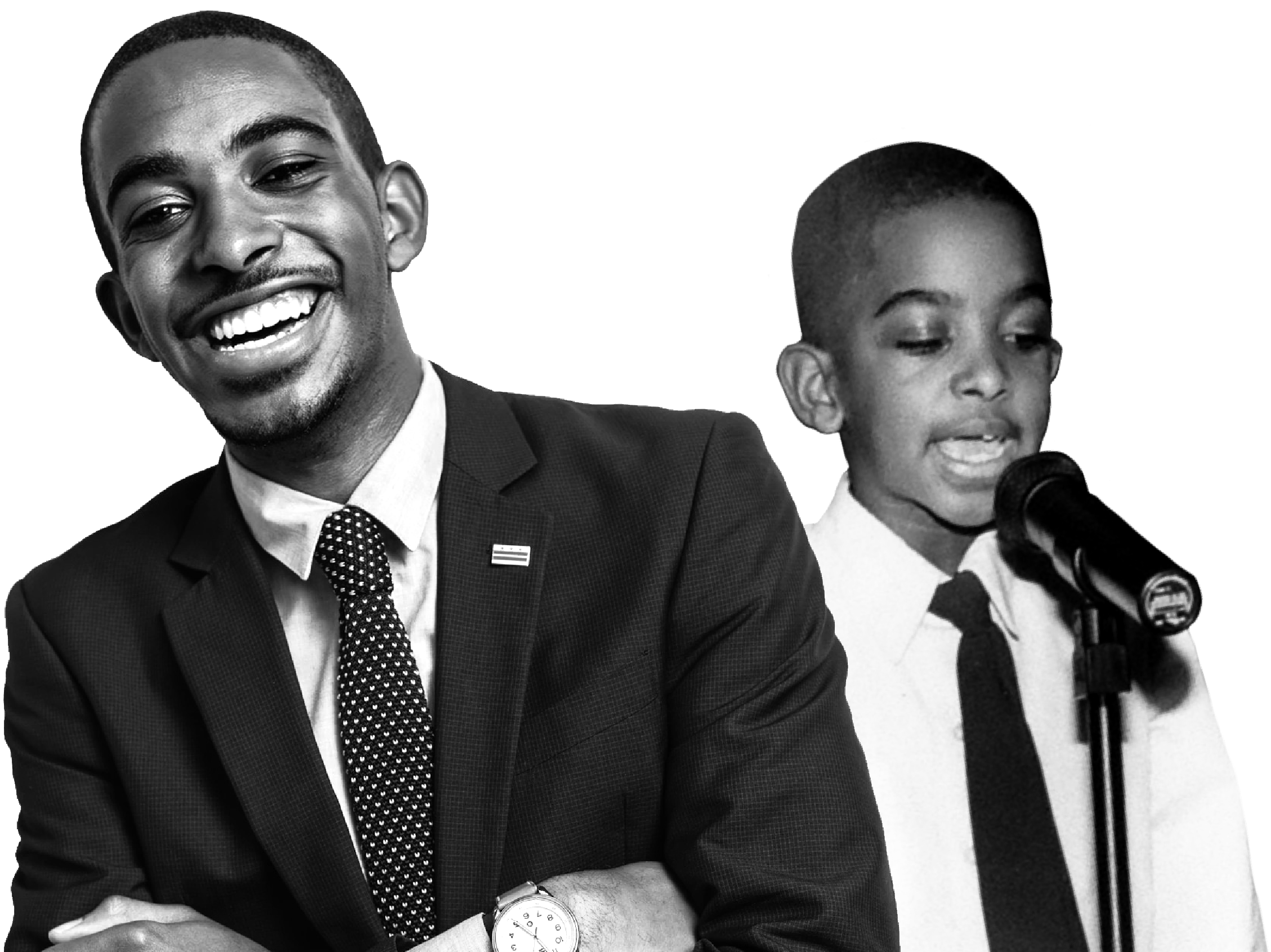 Meet the kid from congress heights

Markus Batchelor is a proven public servant, community activist, and progressive fighter. He was born in Ward 8 and was raised and still lives in the Congress Heights neighborhood today. A graduate of Martin Luther King Elementary School, Hardy Middle School, and Thurgood Marshall Academy PCHS, Batchelor got his start in community activism advocating for voting rights and statehood for the District of Columbia. At 16, he was elected as the Youth Mayor of the District of Columbia and he founded the DC Statehood Student Association while attending the George Washington University.
The grandson of a Safeway worker and the son of a mom who has worked as an early childhood provider and home health aid, he understands what our city needs to do to ensure all of us have the support and opportunity to thrive. He’s fought for it his entire life and will bring that bold vision to the Council.

Markus is the Ward 8 Representative and Vice President of the State Board of Education. He is the youngest-ever elected member of the board, where he represents over 16,000 K-12 students across 41 school communities since he was elected in 2016 at age 23. Since taking office to represent one of DC’s most historically under-served communities, he has led on efforts focused on equity and closing the opportunity gap. He previously served as an Advisory Neighborhood Commissioner, where he represented residents in District 8C04 in the Congress Heights and Washington Highlands communities.

Markus is an alumnus and former trainer at the Marion Barry Youth Leadership Institute (MBYLI), where he worked with DC teens on personal development, civic engagement, college readiness, and employ-ability skills. He has also served as a Ward 8 Liaison in the Mayor’s Office of Community Relations and Services and on the staff of the Far Southeast Family Strengthening Collaborative, a community-based non-profit dedicated to the prevention of child abuse and neglect in Ward 8.

Markus currently works at People for the American Way’s Young Elected Officials Network, where he helps to support over 1300 elected progressive leaders from across the country at all levels of government. He also served as the President of the Ward 8 Democrats and sat on DC’s Democratic State Committee as National Committeeman for the DC Young Democrats. He's been a consistent champion for progressive causes such as One Fair Wage, paid family leave, criminal justice reform, and getting big money out of politics.

There are many "qualified" representatives on the DC Council and candidates in this race who show us time and time again that perspective is missing. As a community leader, ANC Commissioner, and State Board of Education Vice President, Markus has proven that he can build coalitions, lead with integrity, and get things done. Simply put, he's got the experience to be an effective leader on the DC Council. But beyond that, and importantly, he’s been on the right side of the issues because he’s lived them.

A campaign Powered by the people.